The Berlin Marathon is one of the World Major Marathons, and has been taking place since 1974.

It takes place in the German capital, Berlin, and finishes having passed under the Brandenburg Gates.

It is a fast, flat, and incredibly well supported race and is the route on which Eliud Kiphoge broke the marathon world record in 2018 (2:01:39). 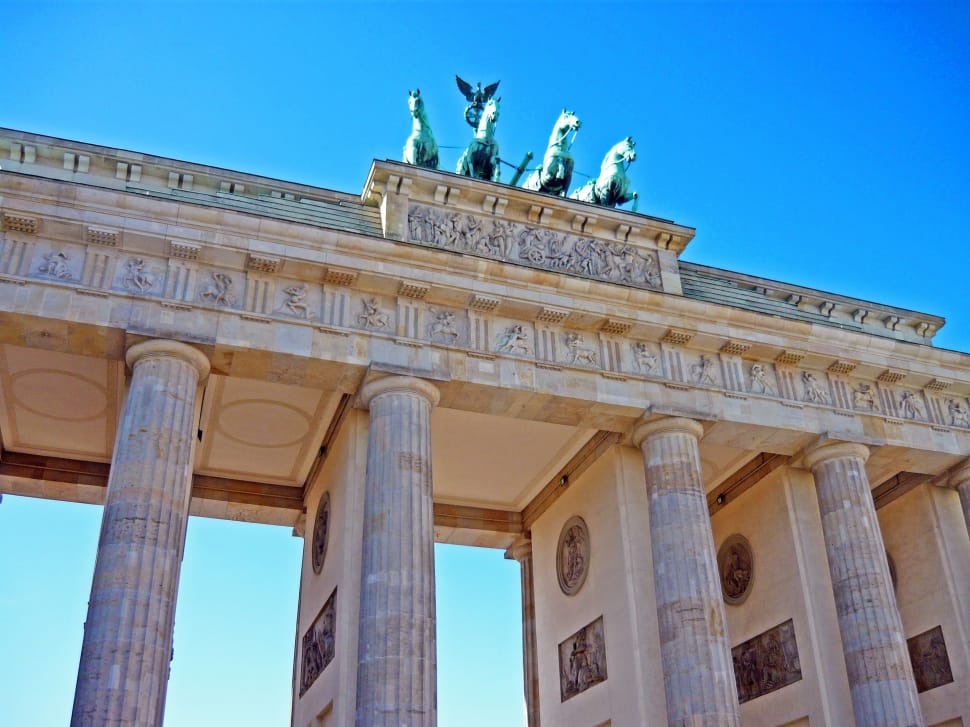 The Brandenburg Gates
The race has an incredibly competitive ballot entry process given its reputation, but does also offer Good for Age entries for individuals who have run a fast qualifying marathon (given their gender and age group).
The day before the running event there is an inline skating marathon event on the same course. It is incredible to watch participants of all ages zoom around the course you'll be running the next day. Some of them get around the course significantly faster than Eliud can on foot.
As for what to do after the race.. it's Berlin. There are so many incredible things to see and do in Berlin it is difficult to name only a few. Visit Checkpoint Charlie, try out the incredible food, and if it is your scene head out for a night out. View details of other instances of Berlin Marathon.